Althea McNish was an influential textile designer who sadly passed away at the age of 95 on the 16th April 2020. We would like to celebrate her life and her contribution to British Textile Design

She was truly an inspiration and a revolutionary black woman who managed to radiate lively colours in Britain during its postwar greyness. 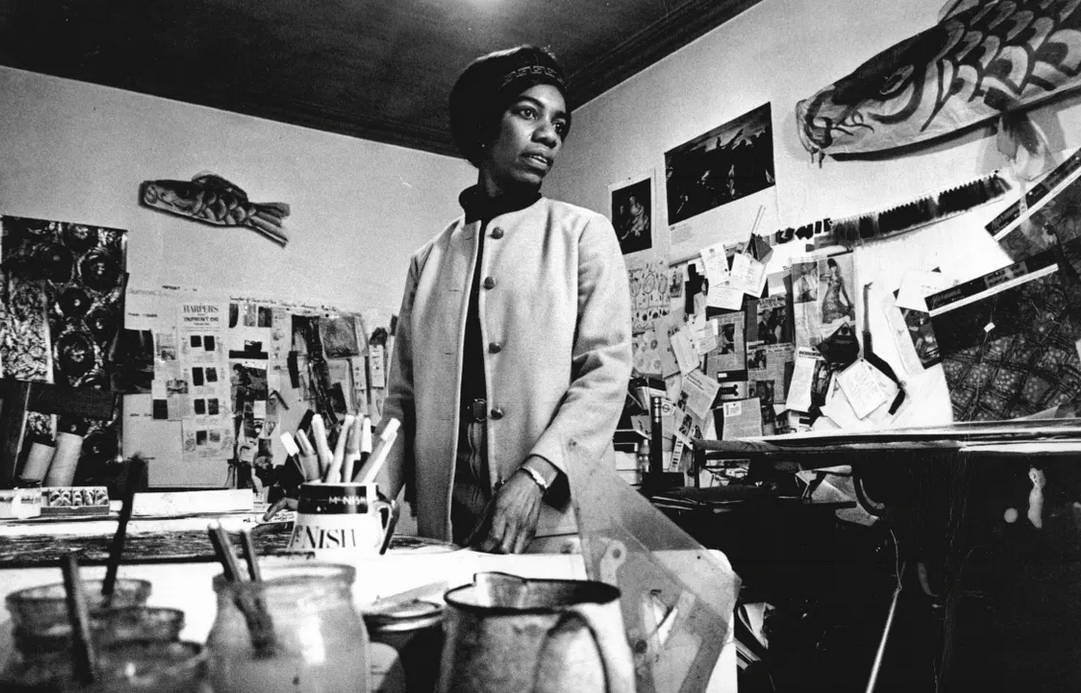 Althea was born on the 15th May 1924 in Port of Spain, the capital of Trinidad and Tobago. Since a young age, she had been an enthusiastic painter, exhibiting her first work when she was only 16 years old.

In 1951, at the age of 27, Althea moved to London and attended the London School of Printing. However, it was only with the help of her tutor Eduardo Paolozzi during her postgraduate course at the Royal College of Art, that she was inspired to pursue textiles prints.

Althea’s original prints combined English artistic tradition with the Caribbean inspired colours and patterns. These textiles were massively attractive in post-war Britain as people were desperate to put aside the greyness and embrace new fresh colours.

She became an immediate sensation when her first client Stuart Liberty, owner of the Liberty west end store, asked her to produce a range of fabrics for his new collection Her biography reads, “Arthur Stuart Liberty said in later years that he saw in Althea’s designs exciting colour contrasts for which the British public was then ready. He commissioned many designs from Althea for both fashion and furnishing fabrics, and she also played an important part in the new furnishing trends developed by Hull Traders, Heals, Danasco and WPM.” So influential her work had become, McNish’s design for Ascher was worn by British actress Audrey Hepburn in the 1957 American musical, Funny Face.

“People needed more colour in their lives and I decided to give it to them,” she says.

From there she appeared in magazines such as Vogue and Harper’s Bazaar and also worked for Dior.

Even if she moved to London in the 1950s, Althea always kept in contact with her place of birth by designing murals for the interior of the Port of Spain hospital. She also produced the fabrics for Queen Elizabeth’s II wardrobe when she visited Trinidad and Tobago in 1966.

In 2006, Althea received an honorary doctorate in fine arts from the University of Trinidad & Tobago and also, for her contributions to art and design, she was also awarded the Chaonia gold medal.

Althea’s legacy is still visible now as her fame and popularity in Britain have led her paintings and drawings to be exhibited at the Victoria & Albert Museum, the Whitworth Art Gallery in Manchester and at Somerset House in London.

We love her florals and colours that are particularly subtle yet somehow bright, without being overwhelming. 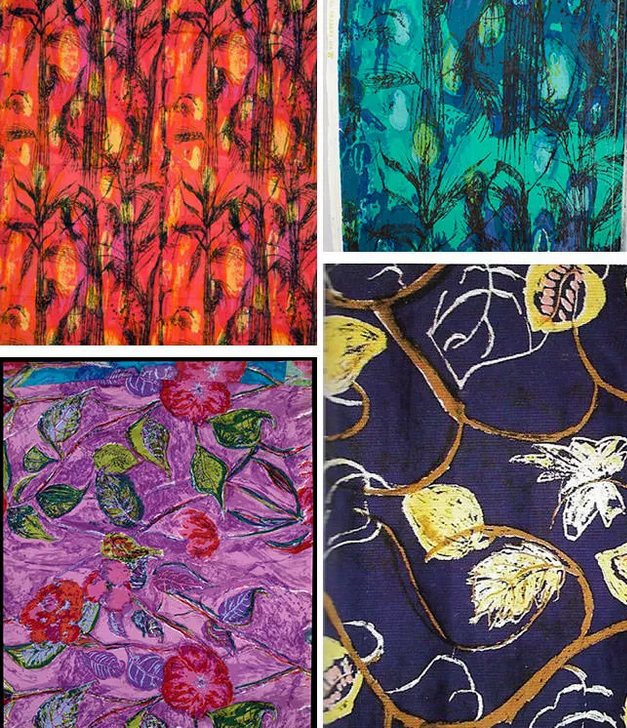