A short film exploring the reason a swimmer swims throughout winter has been released.

The project was a collaboration between Laura Sanderson and Friction Collective, “Friction Collection wanted to create a film short about someone who uses swimming throughout winter to improve their health” explained Laura. After a near death experience in 2018 and several blood transfusions later Laura started to suffer with muscle and joint pain which was later diagnosed as Fibromyalgia. It was the recommendation by a doctor to try cold water showers that spurred Laura on to start swimming in the seas, lakes and rivers of Snowdonia where she immediately started to feel the benefits. 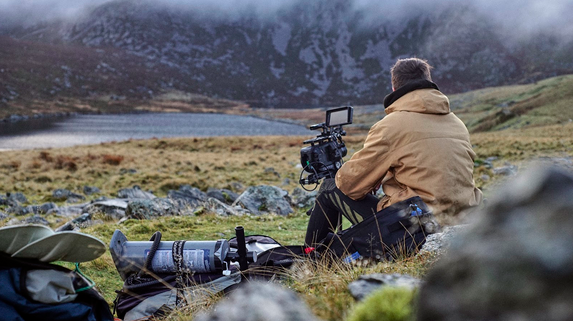 The film was shot in Snowdonia during the dark depths of winter. Laura says ‘ in the film It is not possible to see the torrential rain,icy winds and freezing waters; which brought its own problems for the camera crew and equipment’. Laura normally swims in a costume unless she is training for a long distance swim, ‘We filmed for five full days in the depths of winter so I opted for a wetsuit. There were a lot of retakes and hanging around so a dryrobe was a necessity’.

Laura is a lifelong outdoor swimmer, although she took a break in her late twenties, early thirties because she didn’t want to be seen in a swimming costume, Laura says ‘it boils down to the realisation that life is short and we should make the most of it and grab life with both hands. It really doesn’t matter what other people think, you should make the most of your life and body while you can’. Laura has swum all year-round for three years. In the film Laura discusses how wild swimming can help muscle and joint pain and how cold-water swimming helped her cope with work / life balance.