To boycott or not to boycott? – That is the question

With the fashion industry producing nearly 100 billion pieces of clothing each year, it’s no surprise that it’s one of the largest contributors to global warming. The UN recently reported that the unprecedented rate and scale of climate change could be more catastrophic to the world than previously predicted. 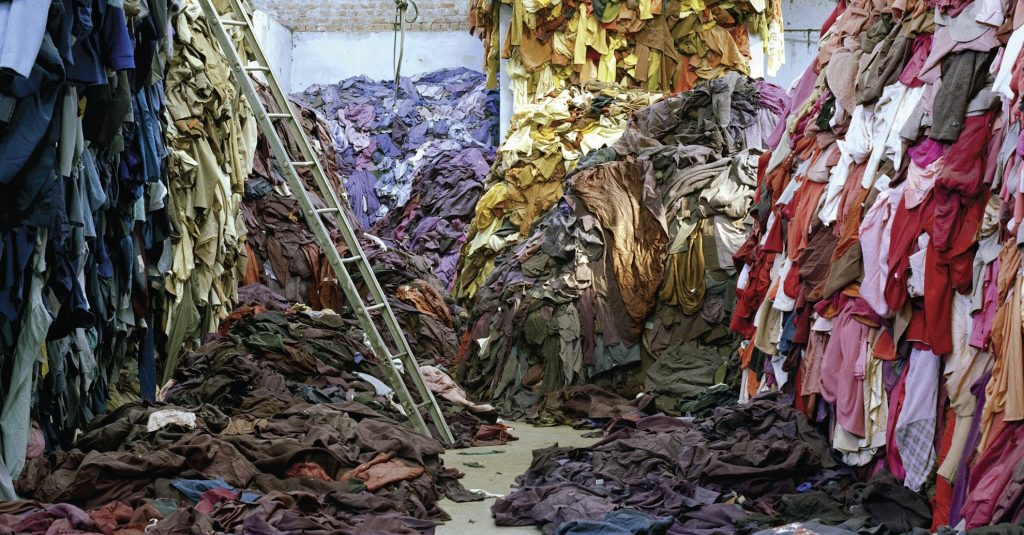 This week our colleague Jessica researched the extensive damage that the fashion industry is doing to our environment and what we can do to transform consumer behaviour. Here are some of the shocking statistics:

So, with an abundance of clothing already in circulation, many more organisations are encouraging people to get creative and repair, re-use, alter, upcycle and recycle their pre-loved clothes! 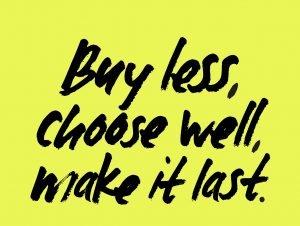 In 2004 Wrap launched the ongoing campaign ‘Love Your Clothes’ hoping to raise awareness of the value of clothing. This campaign provides recommendations on having a more sustainable approach to fashion. Just check out their website for some top tips on how to redesign and repair clothes, make the most of what you have and where to send your unwanted items.

So, second-hand clothing is a great alternative. However some organisations are going even further and asking us to boycott new clothing altogether.

On the 21stJune 2019, CollAction launched the project ‘Slow Fashion Season’. Their aim was to prevent 10,000 people from purchasing new clothes for at least three months. With just over 14,000 people already registered to participate, this campaign could save up to 300 million litres of water and 1 million kilograms of CO2 emissions. Want to take part in the challenge? Simply follow CollAction on Facebook or Instagram and you’ll receive regular updates. You will also be informed about #sharechain – the biggest online clothing swap of all time! 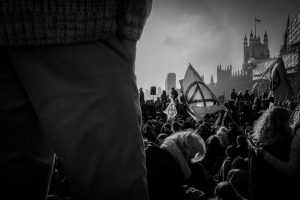 Extinction Rebellion will be urging people around the world to #boycottfashion for an entire year, starting on the 1stMay 2020. Their plan is to disrupt the industry responsible for destroying our planet and our future for the sake of profit. Their message is to join together and act now to stop the unethical system of pointless production. So perhaps #thetimeisnow for the fashion industry to hear the call of the youth. We simply can’t ignore the devastating impact our wardrobes have and the importance of finding new ways of caring for our clothes.

But just how effective are boycotts? Let’s have a look at some that made history…

The History of Boycotting

In 1790, over 300,000 people joined a boycott of Britain’s largest import, slave-grown sugar. As the main food purchasers, women played an important role in this campaign and understood that profits from sugar, used in tea and cakes, kept the Slave Trade running. Although women lacked even the right to vote, they persuaded people to support the cause by visiting more than 80% of homes in Birmingham alone. The result – sugar sales dropped by over a third in just a few months, as British consumers either gave up sugar altogether or opted for more expensive sugar which used free labour. 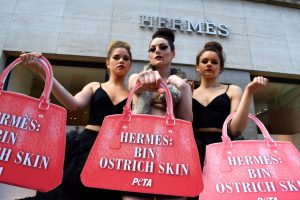 On the theme of animal activism, you may remember when PETA called for a boycott of Hermes? In 2015, PETA launched an investigation into the treatment of crocodiles and alligators in the factory farms that supplied Hermes with reptile skins. Gruesome details were released to the press, in order to put pressure on the company to stop using their suppliers and end its sale of exotic skin bags. When the company refused, PETA changed tactics – they bought a single share in Hermes for $370.33. As shareholders, they could now attend the company’s annual meeting and continue to protest against selling exotic animal bags and shoes.

Boycotts and other forms of activism are great for people hoping to make their feelings known, but sometimes they aren’t always successful when it comes to changing a company’s policies. Organisations may suffer short sales dips, but in the long run, boycotts seldom hurt the business bottom line. 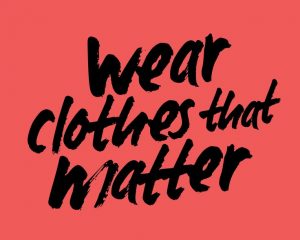 Therefore, it’s really up to us to radically change our relationship with clothes! But should we be joining #xr52 and boycotting all new clothing? Or just the ‘fast fashion’ brands inflicting harm on our environment?

Brands like RubyMoon offer vibrant, high-quality swim and active wear, made from used fishing nets. They invest 100% of their profits into helping women entrepreneurs across the globe. We should be supporting and rewarding the ethical and sustainable businesses, actively making a difference today, as they are likely to be the future of the fashion industry!